A resource person is delivering material. 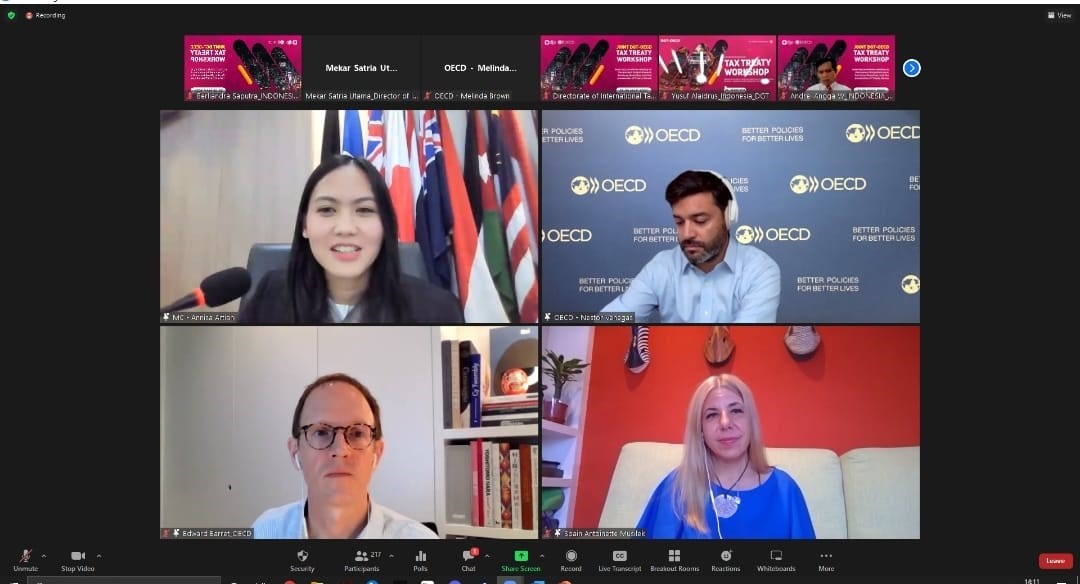 Speakers from the OECD Secretariat, represented by Nestor Venegas and Edward Barrett, were in attendance. Those who took part in the workshop.

The Directorate General of Taxes (DGT) collaborated with the Organization for Economic Co-operation and Development (OECD) to hold an online workshop titled "JOINT DGT - OECD VIRTUAL WORKSHOP ON TAX TREATIES" after last year's successful Virtual Class in Tax Treaties. This training lasted three days from Monday, May 23, 2022 to Thursday, May 25, 2022 and was led directly from the International Room of the Directorate of International Taxation, DGT Head Office in Jakarta (Monday, 23/5).

This workshop focuses on international tax issues, including the artificial avoidance of Permanent Establishment status, provisions for tax treaties on independent services and royalties, and special provisions for treaty abuse. Speakers from the OECD Secretariat, represented by Nestor Venegas and Edward Barrett, were in attendance.

In his concluding remarks, Mekar thanked the OECD representatives and speakers. In the future, DGT hopes to continue working closely with the OECD, SGATAR, ADB, HMRC-UK, and MoF-Spain.

Taxes and Forces Are Different